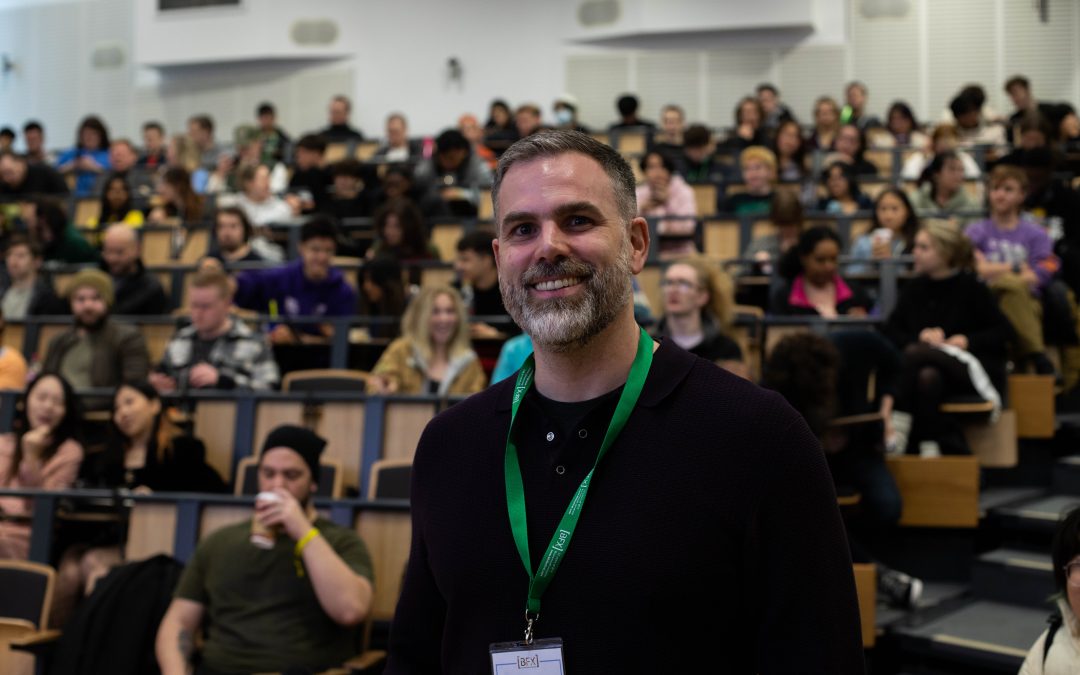 This year’s BFX Festival ran from the 9 -13 of November. visitors from all over the world came to see what is one of the largest visual effects (VFX), animation and games festivals in the UK.

Many BU Alumni returned to the university to talk to an audience of students, professionals, and hobbyists about their current work in industry.

Scott Pritchard, VFX Supervisor at Industrial Light & Magic (ILM) a motion picture VFX company established by George Lucas, director of the original ‘Star Wars’ films said: “One of the great things about the NCCA when I was a student at BU was the connections and contacts within the industry. We would have regular speakers in to talk to us and for me, as a student that was phenomenal. I think recognising how much of an impact that had on me as a student really drives me to keep that connection going with the university.”

Alumna Hannah Kenton, 3D Generalist at Union, a VFX company based in London, who studied at the NCCA at BU five years ago, now helps supply VFX creative services to the film and television industry. She talked about her work on the popular ‘Moon Knight’ television series broadcast on Disney+. Hannah said: “There is a lot of work in the industry today. There is a lot of computer animation in lots of areas that you would not even think of, like advertising, films, games, TV, even architecture. There are so many areas, it is not as niche as you think it is.”

Other highlights of the festival included a talk by Paul Campion who has over 22 years experience including work on Peter Jackson’s ‘The Lord of the Rings’ film trilogy. Matt Irvine was also on hand to share his knowledge of the industry to aspiring filmmakers and VFX artists about his work at the BBC, which included the well-known science fiction series ‘Doctor Who’. He was credited with building the first ‘K-9’ prop when he worked on the show between the 1970s to the early 1990s. 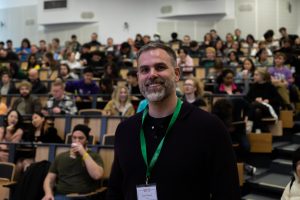 Lecture theatre seats were filled across the campus as experts shared behind-the-scenes secrets into how visual effects are made in films, animations and in gaming. Dr Oleg Fryazinov, Principal Academic in Computer Animation at BU, who helped organise the event said: “This year we have delivered the biggest BFX festival we have ever done on campus to an international audience. We had attendees from Iceland, France, Ecuador and Argentina, and our largest-ever masterclass programme attracted students together with industry professionals from some of the most popular films and television shows streaming around the world.

The festival has grown in popularity throughout the 10 years and has become a recognisable brand where professionals can network with students to help them discover the latest VFX talents to recruit into the industry.”

For more information about the BFX Festival visit www.bfxfestival.com