We are DNEG, one of the world’s leading visual effects and animation studios for feature film and television. We have over 20 years of industry experience and we are honoured to have won seven Academy Awards for ‘Best VFX’ in recent years.

Zak has over 10 years experience in the industry, he is an Unreal Engine Artist and Feature Animation Layout Artist at DNEG.

Since starting the studio in London in 2000, we have grown to become one of the leading animation studios in the UK. Our ethos is to build a positive workplace environment which is supportive of all talent and celebrates difference. We’re incredibly proud that Blue Zoo is the first major animation studio in the world to receive B Corporation certification, using the power of animation for good. We are also really happy to be a “Broadcast Best Places to work in TV” workplace several years in a row, voted on by our staff.

Tom graduate form Bournemouth University in 2000 with a first class honours in Computer Visualisation & Animation. BlueZoo was founded on his graduation with classmates Oli Hyatt and Adam Shaw. With over 20 years experience Tom refers to himself as ” A Tech geek who loves making visual stuff. 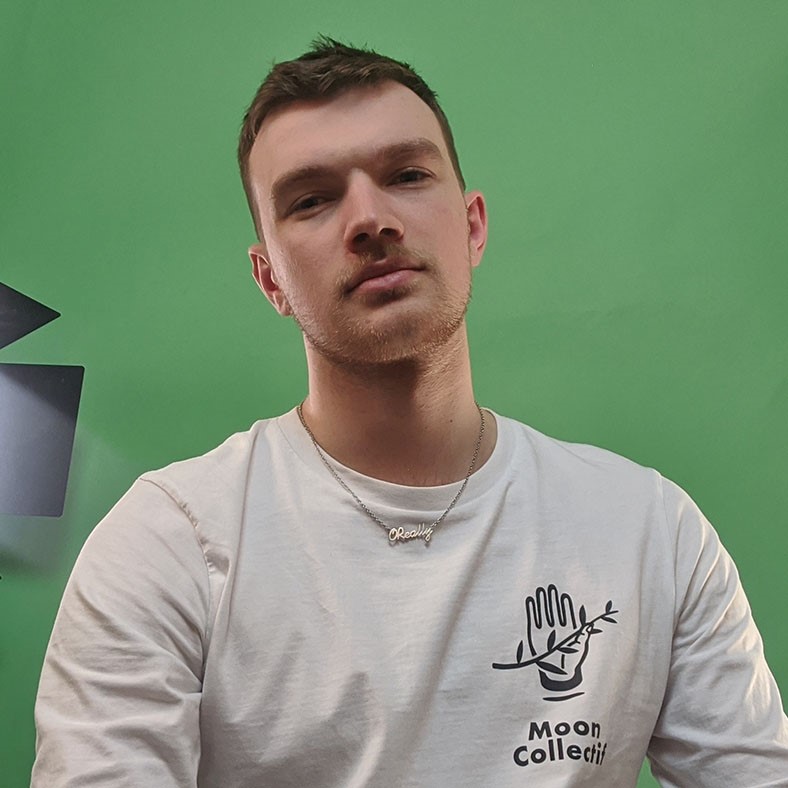 ohn O’Really is a Technical Artist at Nexus Studios, a double BAFTA-winning and Oscar, Emmy and Grammy nominated creative studio working at the cutting edge of Animation and Immersive technology.

Their portfolio includes the trailer for Patrick Osborne’s show ‘This Tape Deck is a Time Machine’ which was entirely made in-engine, and Amazon Studios’ animated talk show for ‘The Legend of Vox Machina’ finale, in which members of the Critical Role cast digitally puppeteered animated characters live on Twitch. John’s expertise has also been a contributing factor in the making of interactive installations, AR and VR experiences, games and animated spots.

Untold Studios is a BAFTA and Emmy nominated independent creative studio and community; a cultural hub of creative talent that have come together with the desire to create culturally relevant content for the many and sometimes the few.