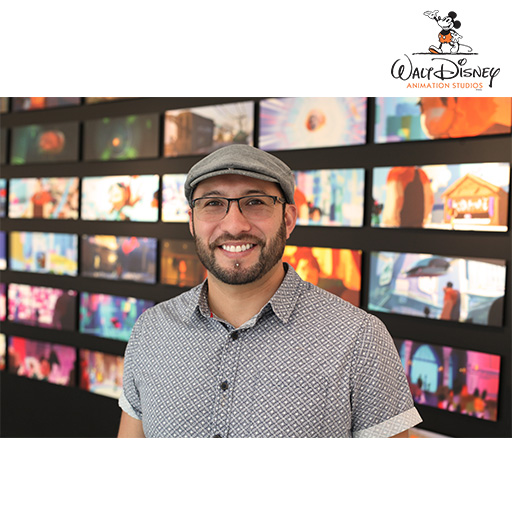 Speaker Bio: Juan Hernandez (Layout Artist) is part of a team of artists responsible for bringing scene staging and camera animation to life based on the storyboards for a film.

Born and raised in Oakland, California, Hernandez was inspired to work in animation when he was 5 years old. As a child Juan loved to draw and the idea of drawing cartoons for a living seemed like a dream job. Inspired by this dream, Juan enrolled at the Art Institute of California, San Francisco, where he majored in Media Art and Animation.

Juan’s Disney journey started as a layout artist at Disneytoon Studios working on projects such as “Planes: Fire & Rescue”. While at Disney Animation Juan has worked on such films as “Ralph Breaks the Internet”, “Moana”, ‘Zootopia”, “Big Hero 6”. Before Disney, Juan worked at Halon Entertainment, Fox Studios and Lucasfilm Animation.

He currently resides in Glendale, California.