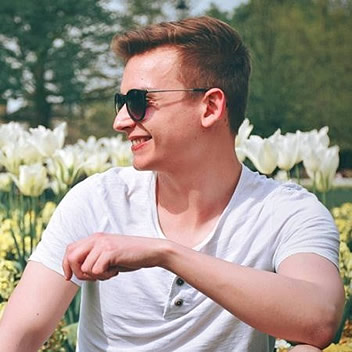 Beginning his career as a graduate artist at Frontier, Tom has worked to become the Lead Rigger for Frontier Developments. His work on Planet Coaster and Jurassic World Evolution are just two of his notable projects.

Frontier’s development strengths are immersive and fun gameplay design with unparalleled artistic quality, all underpinned and enabled by cutting-edge in-house technology and a talent for getting the best out of hardware and UI.

Founded in 1994 with a mission to build a team to continue creating high-quality, innovative games in the rapidly evolving games industry. Frontier has thrived over the subsequent three decades and has built a uniquely diverse catalogue of games – enabled by our Cobra technology – that has defined genres, earned critical acclaim and won a place in the hearts of millions of players.