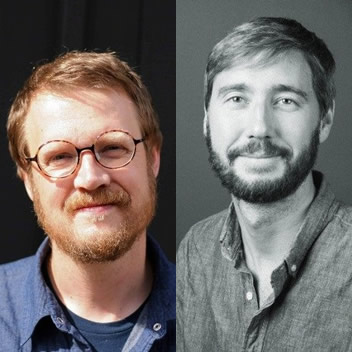 Manne Öhrström is the Global Head of Software at Framestore. He has worked as a technologist, software architect and leader in the VFX and games industry for the past 20 years. His current role sees him refining Framestore’s software development practices and streamlining the integration of innovative new and emerging tech such as, AI, machine learning and engine technology into Framestore’s established film pipeline.

Nathan Walster is Head of Rendering at Framestore. He leads the team that develops their in-house renderer ‘Freak’, and focuses on the approaches the studio takes toward rendering, lighting and look development. Nathan has been with Framestore since 2006, and has worked on films such as Gravity, Guardians of the Galaxy and Thor: Ragnarok.

Theo Jones is an Academy Award-nominated VFX Supervisor, based in London. Since joining Framestore in 2003, Theo has worked across a wealth of titles and projects including major film releases, commercial campaigns, immersive experiences and technical innovations. His impressive list of credits include his role as CG Supervisor on Marvel’s Guardians of the Galaxy Vol. 2 and Paddington 2, as well as being VFX Supervisor on Disney’s VFX Oscar-nominated Christopher Robin. In addition he has been working on several innovative.

Known globally for their visual effects, Framestore have a proud history creating extraordinary images and scenes for some of Hollywood’s biggest pictures, collecting every possible industry award along the way.

Their work is also seen across the advertising industry, bringing magic to the small screens that surround us every day.

Framestore has grasped the opportunities afforded by new technologies, and works with brands, studios, artists and organisations to bring immersive experiences to both new and existing audiences. Fuelled by a relentless curiosity they continue to look to the future, carving out new spaces, screens and media through which to tell stories.

Theo Jones, Nathan Walster and Manne Öhrström will discuss Framestore’s approach to innovation in a landscape where realtime workflows and traditional VFX are converging, opening new approaches to filmmaking.