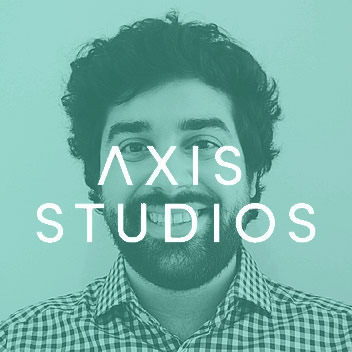 Animation Director Simone Giampaolo will be sharing some insight into his personal career path in the industry, from animation student (at BU) to director of some of the biggest animation studios in the UK (Aardman, Axis Studios, Jellyfish Pictures, Blue-Zoo). Following this, Simone will illustrate his approach to tackle shots and sequences, from script to final animation passing through storyboards and acting.

Simone Giampaolo is a multi-award winning director based in London with an insatiable appetite for storytelling and humour. In 2013, he graduated with distinction from the BA (Hons) Computer Animation Art & Design course at the National Centre for Computer Animation in Bournemouth (UK).

Throughout his career he’s directed, storyboarded and animated on over ten multi-award winning animated films, including the very successful ‘Only a Child’ (currently on its festival run). Between 2014 and January 2018, Simone worked as animation director and computer graphics generalist in the commercial department at Blue-Zoo Animation on a multitude of projects for clients such as Cartoon Network, Google, Disney, LEGO, Nickelodeon, Marvel, Lucasfilm, and BBC. In the past few years, he’s been crafting short films and mini-series at Jellyfish Pictures, Axis Studios, Ritzy Animation and Aardman (which has been representing him as short-form director since 2018), among other projects.

The Axis Studios is a multi award winning animation and VFX studio. Specialising in diversity, they have built a global reputation for creating commissioned and original entertainment experiences in Film, Television, Games and Theme Parks.

Aardman Animations, Ltd. is a British animation studio based in Bristol, England. Aardman is known for films made using stop-motion clay animation techniques, particularly those featuring Plasticine characters Wallace and Gromit, Shaun the Sheep, and Morph.