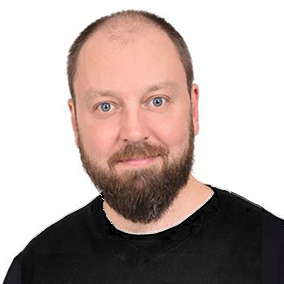 After 10 years working as an Assistant Director in the Film and Television industry working up from 3rd AD to 1st AD on projects such as Ghost in the Shell, Mortal Engines, Killing Eve, Good Omens & Stray, Simon English is now working with Guys & Dolls Casting Ltd in London since 2018. He works as the Client Manager liaising with ADs to provide the background and featured artistes for the latest Sky Atlantic, Netflix and BBC productions such as Temple starring Mark Strong, Dracula with Claes Bang & Patrick Melrose featuring Benedict Cumberbatch.

Guys & Dolls is one of the largest UK extras casting agencies. Guys & Dolls Casting is known for supplying fabulous extras; high-calibre supporting artistes, walk-ons, and crowd for feature films, television programmes and commercials. All with a dedicated personal and fast service. Key success projects include: RUSH, Giri / Haji & Turn Up Charlie for Netflix, Temple & Melrose for Sky Atlantic, Cheat & The Durrells for ITV and the highly anticipated Dracula for BBC One / Netflix in 2020.

Assistant Directing & Casting: The Good, The Bad, The Ugly

Using his 15 years worth of film and TV experience, Simon English will be sharing the ins and outs of life on and off set as an Assistant Director on all levels, what it was like working with Sir Peter Jackson in the heart of Middle Earth, New Zealand and sharing some lessons learnt to progress in the industry as a freelancer.