Developing Lloyd of the Flies: from 2D to CG 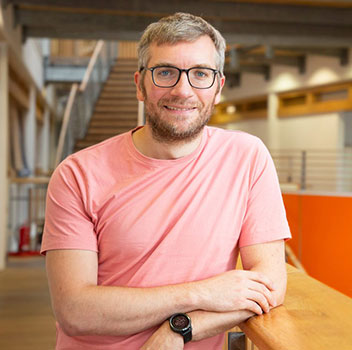 Matthew Walker is a writer, director and story artist based at Aardman in Bristol. Matthew has been working in the animation industry since 2005 and over the years has worked as a writer, director, animator and story artist on a wide variety of commercials, TV series, feature films and internet stuff. He has made a number of award-winning short films, including Astronauts, John and Karen and Operator. Other work includes writing and directed The Lonely Dodo for The Durrell Wildlife Conservation Trust, writing series 3 of Nina Needs to Go! for Disney, writing and directing episodes of Shaun the Sheep: Adventures from Mossy Bottom, and storyboarding for Shaun the Sheep: The Flight Before Christmas and Chicken Run 2 for Aardman. Most recently Matthew created and developed the series Lloyd of the Flies for Aardman, on which he was a writer and the series director.

Developing Lloyd of the Flies from 2D to CG. Creator and series director Matthew Walker will talk through the development process of his series Lloyd of the Flies for Aardman. Lloyd of the Flies is an animated comedy of entomology following the misadventures of Lloyd B Fly, a house fly and middle child of 451. The series started life as an entirely 2D show but changed to a hybrid of CG characters and props on 2D matte painted backgrounds shortly before the series was greenlit. Matthew will show clips from the series along with various designs and animation tests to give an overview of the development process. He will focus on how the final look was settled on, how the 2D designs and animation style were translated into CG, and the benefits and challenges the hybrid style provided once in production.