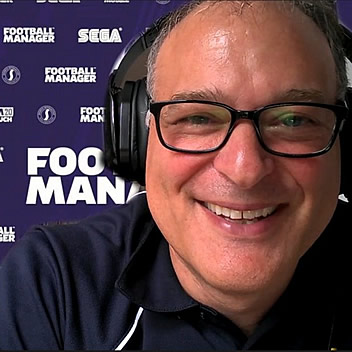 Matt is Chief Operating Officer at Sports Interactive (SI), supporting the Studio Director and all the team members to deliver excellent global interactive entertainment to the passionate fan base. The role includes aspects of Business Operations, Business Development, Strategy, HR and more.

Sports Interactive Limited is a British video game developer based in London, best known for the Football Manager series. Founded by brothers Oliver and Paul Collyer in July 1994, the studio was acquired by Japanese video game publisher Sega in 2006; Sports Interactive is now a part of Sega West, which also comprises Creative Assembly, Relic Entertainment and Amplitude Studios.

With his experience of 20+ years in the Digital Entertainment industry, Matt is going to talk about the future for games and for game developers.