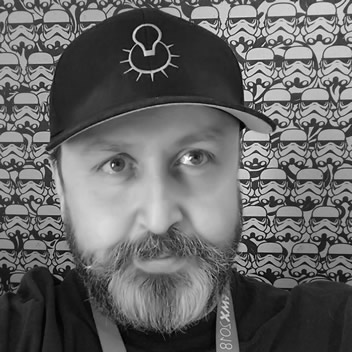 Starting his career as an Architect in Ireland, Mark discovered a love for 3D and set up his own architectural visualisation company. Building from this he retrained as an Animator, moving to the UK to work in the games industry. In 2006 he moved to Melbourne, (Australia) to become the Technical Art Manager at Transmission Games with responsibilities including in-house mentoring and hiring. Education became his primary focus, lecturing in several top Australian universities and delivering industry training with Ford, HTV, Pluralsight and Pixar. In 2017 he moved to Vancouver, (Canada) to work as a trainer with DNEG, on shows such as Wonder Woman, Annihilation and the Oscar-winning Blade Runner 2049. In 2018 he completed his circumnavigation, in order to work with Industrial Light and Magic in London as their Technical Trainer. Mark currently works as an Education Partner Manager for Epic Games.

Founded in 1991, Epic Games is an American company founded by CEO Tim Sweeney. The company is headquartered in Cary, North Carolina and has more than 40 offices worldwide. Today Epic is a leading interactive entertainment company and provider of 3D engine technology.

Epic operates Fortnite, one of the world’s largest games with over 350 million accounts and 2.5 billion friend connections. Epic also develops Unreal Engine, which powers the world’s leading games and is also adopted across industries such as film and television, architecture, automotive, manufacturing, and simulation.

Through Unreal Engine, Epic Games Store, and Epic Online Services, Epic provides an end-to-end digital ecosystem for developers and creators to build, distribute, and operate games and other content.

In this session Mark is going to talk about recent projects and products from Epic Games and its subsidiaries, including Unreal Engine 5, Metahumans, Quixel Megascans and RealityCapture.