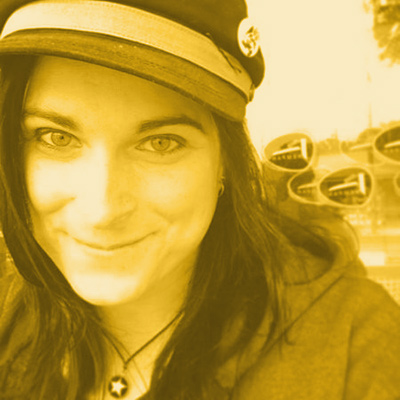 This masterclass will focus on creating concept sculpts for VFX. It will start with the ideation of a concept before moving on to adding shape and form, anatomy and character.

At CAVE Academy, they recognise that excellence in the field of animation, games and VFX is not defined purely by software proficiency but also by observation, problem-solving skills and a balance of the creative and the technical.

Madeleine Scott-Spencer has used ZBrush extensively for over 14 years as a visual effects concept artist as well as an instructor for The Gnomon Workshop. She has worked in visual effects, toys and collectibles design as well as the creation of digital maquettes for concept design.

Maddie has worked with Weta, Double Negative, Pixologic, Gentle Giant Studios, Activision, Hasbro, and numerous other major studios. She served as a designer at Weta Workshop on the Hobbit trilogy as well as working on design and textures at Weta Digital. She has worked on a variety of films such as Pacific Rim: Uprising, The Hobbit Trilogy, Rise of the Planet of the Apes, Life, Wonder Woman, and Valerian.

Madeleine has taught classes for Gnomon since 2006 and has produced numerous video tutorials and manuals for the ZBrush community, 3D World Magazine, and others. Madeleine is also the author of the highly-regarded books ZBrush Character Creation: Advanced Digital Sculpting, ZBrush Creature Design, and ZBrush Digital Sculpting: Human Anatomy.

She graduated from Savannah College of Art and Design in 2005, studied classical figurative sculpture at the Florence Academy of Art in Italy, and performed cadaver lab studies in support of multiple artists’ anatomy projects. She currently lives in London, England where she works as a creature artist at DNEG.