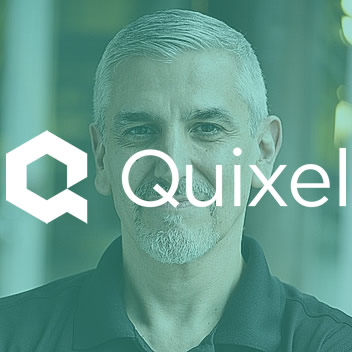 During this masterclass, we will explore the Quixel Megascans library and access it’s over 16 thousand 3d models, surfaces, decals, and more available through Quixel Bridge. We will explore how to install the various plugins available through Quixel Bridge to Unreal Engine, as well as the various digital content creations tools. We will also dig into modifying those thousands of assets in Quixel Mixer to create infinite possibilities as we turn our focus to building worlds with this amazing tool-set.

Luis Cataldi has been working in the computer graphics industry for over 22 years in various roles including character TD, animator, lighter, environment artist, VFX TD and art director. His work has appeared in television, music videos, theme parks rides, animated feature films such as “Robots” and “Ice Age II” and AAA video games. In 2005, Luis was one of the founding members of Kaos Studios in NYC as the art director. In the role, he built an art team to deliver “Frontlines: Fuel of War” and “Homefront.”

In the late 1990’s Luis became an adjunct professor at NYU’s Tisch School of the Arts, and later moved into the full-time role as professor and Department Chair of Game Development and Interactive Design at the Savannah College of Art and Design. Luis joined Epic Games in 2014 to help launch Unreal Engine 4 and build an education department. In 2021 he made a shift to the Quixel team so that he could evangelize on behalf of the Megascans library and Quixel Ecosystem to the world.

Quixel are the makers of Megascans, Bridge and Mixer — a unique 3D asset library and two companion applications for 3D art creation. With these products, their community of users creates amazing 3D art for videogames, movies, architecture visualisation and more.