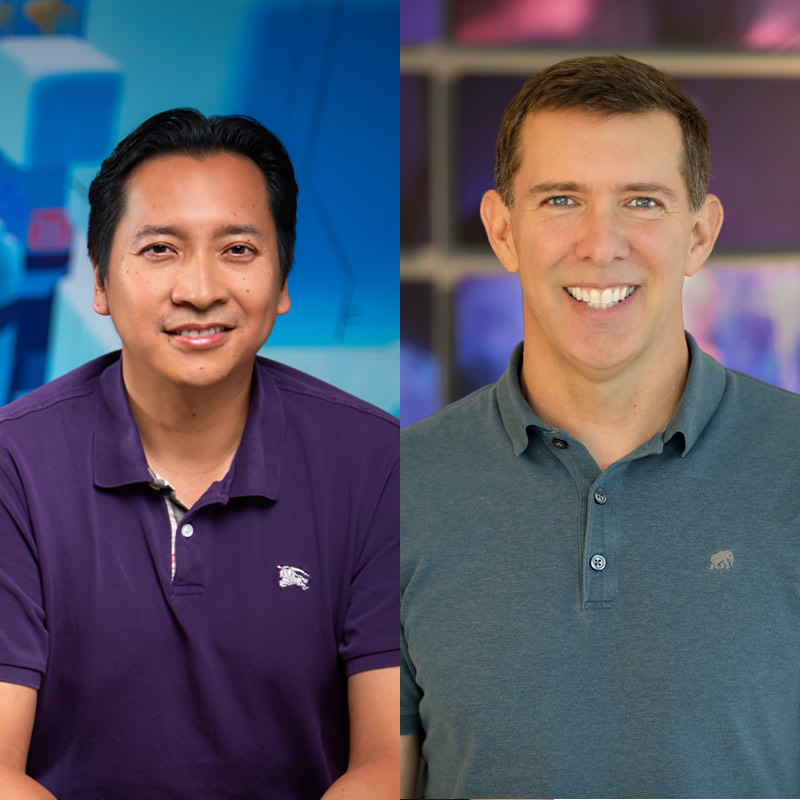 Larry Wu oversees the creation of the worlds in the film, ensuring that the environments reflect art direction and the needs of the story.

Before coming to Disney, Wu worked on 2004’s sci-fi film “Sky Captain and the World of Tomorrow.”

Although Wu was always interested in animation, he didn’t decide till his last year in college to pursue it as a career. He attended the University of California at Berkeley, double majoring in molecular and cell biology and fine art, later attending Art Center in Pasadena as an illustration major.

Todd Scopio began his career at Walt Disney Animation Studios in 1996 as a software developer on “The Hunchback of Notre Dame.” After completing his first film, he went on to develop proprietary software for the studio including a primary lighting application, a rendering pipeline, and procedural tools used to author hair, embroidery, vegetation, cities, and crowds for more than 20 titles at the studio.

Prior to joining Disney, Scopio developed signal processing software for the defense industry where the use of computer graphics development sparked an interest toward animation. Born and raised in Altoona, Pennsylvania, he attended Pennsylvania State University to study computational mathematics before moving to Southern California in 1988.

Join Larry Wu, Head of Environments, and Todd Scopio, Tech Lead for Environments and Effects, as they take you behind the scenes on how Walt Disney Animation Studio’s art inspires innovation. Hear how the evolution of environment complexity in their films has driven the collaboration between art and technology.