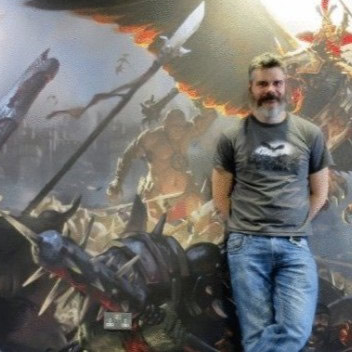 Kevin is the Art Director for Total War Brand at Creative Assembly. He has been working in games for 25 years and in 2012 became a BAFTA winner for his work on Total War: Shogun 2.

A craft-led studio with 34 years’ experience Creative Assembly makes deep and detailed games and gives their team the creative freedom to achieve their potential.

Established in 1987, Creative Assembly is one of the oldest and largest game’s developers in Europe with 800 talented staff across 4 state-of-the-art studios in West Sussex, UK and Sofia, Bulgaria.

Leading a creative team in the games industry

In this talk Creative Assembly’s Kevin McDowell looks at the softer skills needed to progress your career in the games industry from being an artist to leading large creative teams.