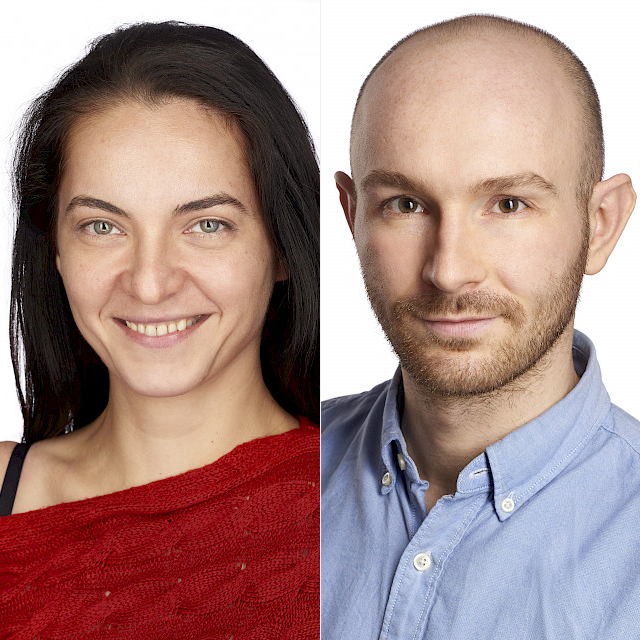 Ivelina is a multi-talented Compositing Supervisor, bringing with her a wealth of experience in visual effects. She first worked in Axis Studios in 2014, joining the company again in 2017 and has since worked on some of their biggest broadcast projects, including SyFy’s Happy! and BBC’s Luther. Ivelina has previously worked for some of the biggest visual effects studios in the world, including MPC, Double Negative and Animal Logic, with Star Wars: The Last Jedi, Pirates of the Caribbean: Dead Men Tell No Tales, and Avengers: Age of Ultron among her credits.

Ivelina leads the compositing team at Axis with passion, creativity and finesse, ensuring the talents of their artists are matched with a smooth project delivery.

Ross brings his knack for problem-solving, passion for art, and technical prowess to the Axis VFX studio in Bristol as CG supervisor. Ross has a first-class honours degree in computer graphics from Kingston University and started his career interning at a Soho-based boutique VFX studio. He went on to work at some of the world’s largest visual effects facilities, including Smoke & Mirrors, MPC and Double Negative. During this time, Ross worked on acclaimed projects such as The Jungle Book, The Martian and Netflix’s The Crown. In Bristol, Ross has acted as CG supervisor on SyFy’s Happy! and lighting lead on Aardman’s Early Man. A total all-rounder, Ross contributes at every step of a project’s delivery, from bidding and establishing workflows, to R&D pipeline improvements, troubleshooting, and on-set supervision.

Axis is a multi award winning animation and VFX studio. Specialising in diversity, we’ve built a global reputation for creating commissioned and original entertainment experiences in Film, Television, Games and Theme Parks. Spanning three UK studios, we share a fascination for the possibilities of art and technology, and a passion for discovering where imagination can take us next.

Imaginary friends: and how VFX can help you believe

In this presentation Ivelina and Ross will discuss some of the unique challenges presented working on this radically bizarre show.