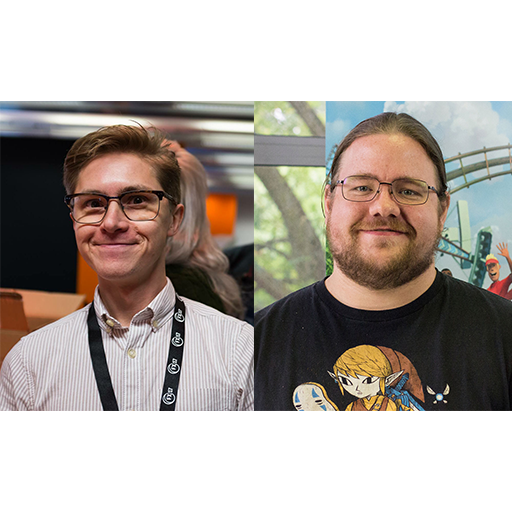 Company Bio: Frontier Developments is the studio behind Jurassic World Evolution, Elite Dangerous, LostWinds and Planet Coaster, founded in 1994 by games industry veteran David Braben. Frontier’s development strengths are immersive and fun gameplay design with unparalleled artistic quality, all enabled by its cutting-edge in-house COBRA game development technology and a talent for getting the best out of hardware and UI.

Speaker Bio: Owen McCarthy is a Principal Programmer at Frontier Developments and has worked there for over 10 years. He generally works on Core Tech Systems like Navigation, Physics, Crowd or Water simulations. He studied Game Development at the University of Hull and joined Frontier after his studies. He has worked on projects like Kinectimals, Kinect Disneyland Adventures, Tales from Deep Space, Planet Coaster and Jurassic World Evolution.

Nick Rodgers is the Head of Animation at Frontier Developments. He has worked in the games industry as an animator, Maya tools developer and manager for over 11 years, and is credited on more than 16 released titles. Most recently he has worked on Planet Coaster and Jurassic World Evolution. He studied Animation at the University of Wales College Newport before starting his first job in the games industry in 2006.

Creating the Crowd System for Planet Coaster will take a deep dive into how we used flow fields to simulate the crowd and how we built our animation system to support the large scale of Planet Coaster and we will also discuss some of the problems we had and how we overcame them.