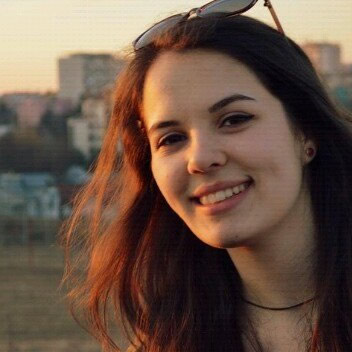 Bianca graduated from Bournemouth University with a first class honours for BA Computer Visualisation and Animation. Since 2018 she has been working as a FX TD in DNEG on movies such as Venom, Greyhound and Tenet.

DNEG are one of the world’s leading visual effects and animation studios for feature film and television. They have over 20 years of industry experience and are honoured to have won six out of the last ten Academy Awards for ‘Best VFX’.

In the last few years their talented artists have received 6 Academy Awards, 6 BAFTA Awards and 11 Visual Effects Society Awards. A global company with studios in 9 countries from London and Vancouver to Bangalore and Toronto.

Focused on building close working relationships with filmmakers, they thrive on collaboration and are dedicated to delivering excellence on every project.

NCCA alumni panel: Where could you be five years after graduation?

On the BFX Festival’s annual panel our alumni, who graduated around five years ago, will reflect on their experience in the Animation/Games/VFX industry.