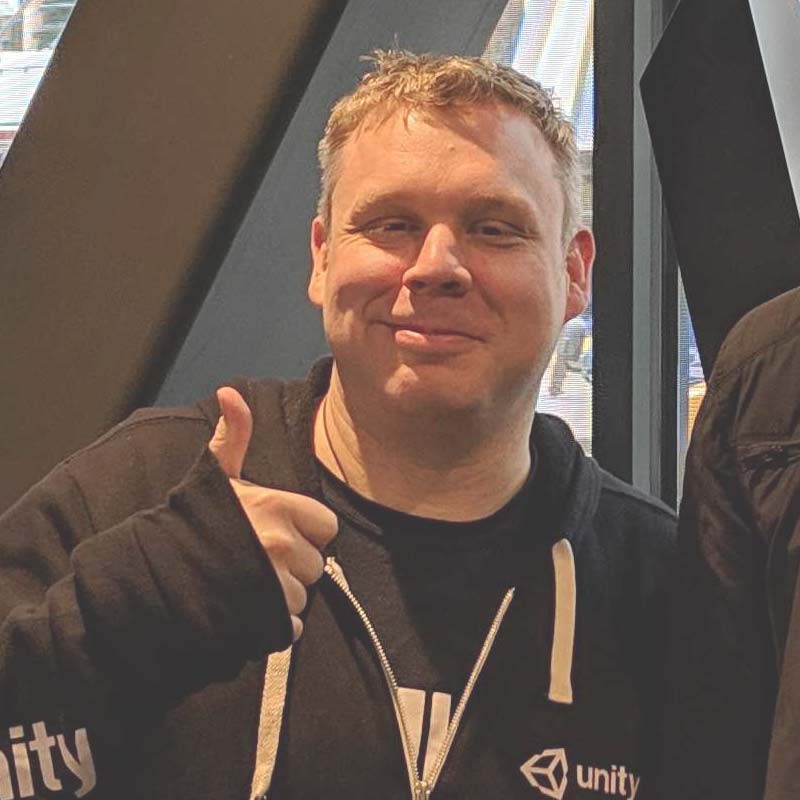 Prior to joining Unity, Ben spent the past 3 years working at ILM London as a Lighting Supervisor on Transformers 5, Avengers: Infinity War, and most recently Avengers: End Game. In his role at Unity, Ben is working with technical decision makers and influencers within key VFX and Animation Studios throughout the UK and the rest of Europe to advance the art and science of visual effects and animation through the use of real-time technology.

Unity is the creator of the world’s most widely-used real-time 3D (RT3D) development platform, giving content creators around the world the tools to create rich, interactive 2D, 3D, VR and AR experiences. Our 800+ person engineering team keeps Unity at the bleeding-edge of technology by working alongside partners such as Magic Leap, Google, Facebook, Oculus and Microsoft to ensure optimized support for the latest releases and platforms. Apps made with Unity reach 2.7 billion devices worldwide and were installed more than 24 billion times in the last 12 months. Unity is powering the real-time revolution, expanding beyond games and breaking into other industries including automotive, film, architecture, engineering, construction and more. Unity Technologies is headquartered in San Francisco and has offices in Canada, China, Colombia, Denmark, Finland, Germany, Japan, Korea, Lithuania, Singapore, Sweden, the United Kingdom and elsewhere in the United States. For more information, visit their website or follow them on Facebook and Twitter.

How I learned to stop worrying and love realtime

Unity is quickly becoming one of the most valuable tools for creators who want to build short films, episodic animated series, and cut-scenes or trailers for other CG content. Whether you’re a director, animator, technical artist, cinematographer, or general Unity enthusiast looking to dig into Unity’s film workflows, this talk will provide the core fundamentals of Unity for Film with an overview of upcoming features, and how realtime technology is changing the way content is created distributed and consumed.