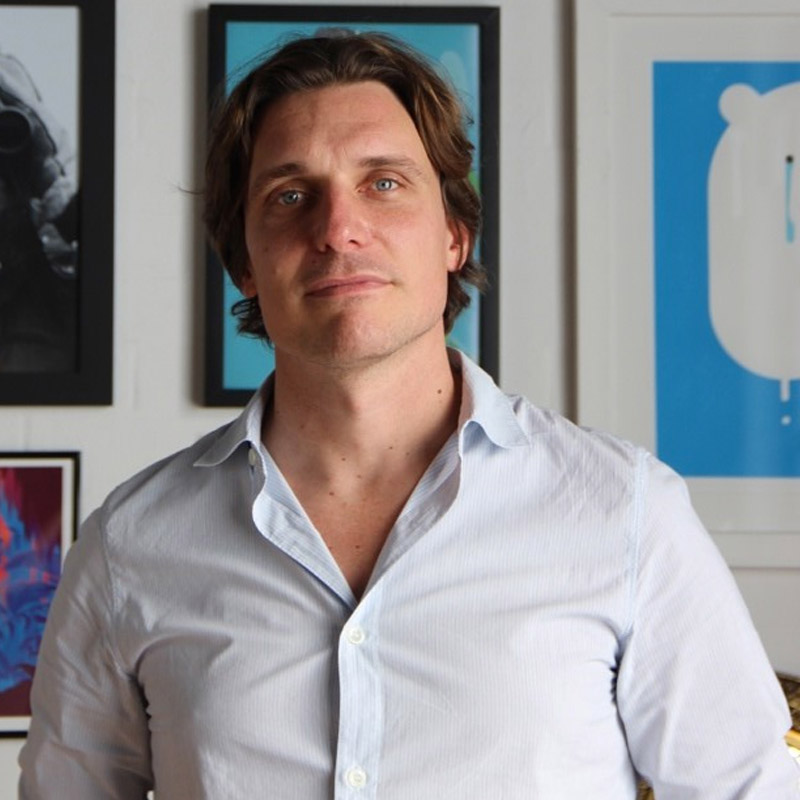 Born and bred in Brisbane, Bart started out in the music industry, working for Warner Music Australia. He also managed a death metal band called Sakkuth on the side. He moved to London in 1999 and secured his first role in advertising as a runner at WCRS, where he quickly moved up into production. In 2002 he became a producer at Blink, one of London’s top commercial production companies.

In 2005 Bart founded Blinkink, their dedicated animation division. Over the years he’s helped develop Blink into the multi-faceted entertainment studio that they are today.

Personal highlights along the way include the BBC Christmas film “The Supporting Act”, the embroidered BBC World Cup trailer, Harvey Nichols’ Grand Prix winning “Shoplifters”, John Lewis’ animated christmas classic “The Bear & The Hare”, and the cult web-series “Don’t Hug Me I’m Scared” which they are currently developing for TV. For the last couple of years he’s produced all of the Gorillaz’ music videos with their co-creator Jamie Hewlett.

People Making Things: Captivating Audiences through the Magic of Craft

The possibilities that technology brings to human ingenuity are continually evolving; it’s application in animation is constantly pushing the boundaries of this art form, enabling us to elevate ideas and tell stories that engage both the heart and the mind.

However, we cannot forget the enduring appeal of craft and the human touch in the digital age. What is it about the hands-on creative process that draws us to a piece of content? How is this demonstrated across different mediums?

Exploring some of the most recent Blinkink projects, Bart Yates will consider how hands-on, craft-focused methods, used in the creative and production process and elevated by technology, add richness to any story across all mediums.