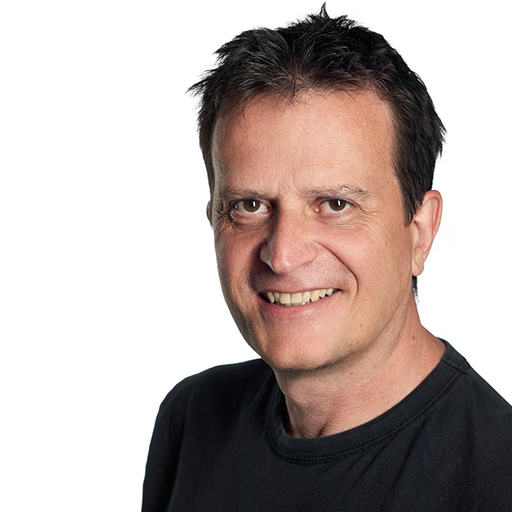 Company Bio: axisVFX is a part of the Axis Studios group; with a rich history in animation, story telling and visual effects.
Located in a vibrant media hubs of Bristol and London, with access to the cross studio scale of parent company Axis Studios, axisVFX offers complete versatility across film, TV, and commercials. We’re about more cool visuals – we’re craftspeople with the vision and skill to bring your ideas to life.

Speaker Bio: Howard is an industry veteran with over two decades of experience in the creation of stunning visual effects. Howard moved into the world of post-production after earning his degree in Fine Arts. It wasn’t long before he specialised in visual effects, leading teams at Aardman Animations and the BBC. Howard co-founded axisVFX in 2013 and now supervises all visual and digital effects at the studio, bringing his strong creative eye and robust technical ability to the productions.

Film Synopsis: A plucky cave man named Dug, his sidekick Hognob and the rest of their tribe face a grave threat to their simple existence. Lord Nooth plans to take over their land and transform it into a giant mine, forcing Dug and his clan to dig for precious metals. Not ready to go down without a fight, Dug and Hognob must unite their people in an epic quest to defeat a mighty enemy — the Bronze Age. Early Man had a large VFX component. In the talk, we will go through one of the many aspects of the film, namely the creation of the stadium and its 20,000 crowd.