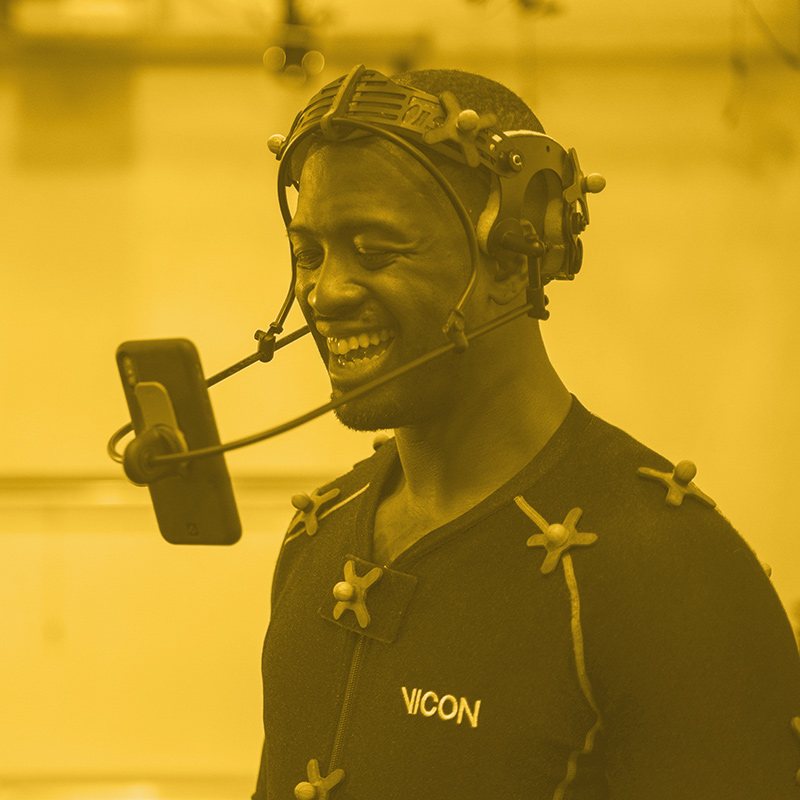 Having a resilient mind-set is an essential prerequisite to enable success as an actor. In this workshop, Ace Ruele will help actors and animators develop this resilient mind-set through teaching his process of becoming and creating creature characters for video games and VFX.

At CAVE Academy, they recognise that excellence in the field of animation, games and VFX is not defined purely by software proficiency but also by observation, problem-solving skills and a balance of the creative and the technical.

Inspired by actors such as Jim Carrey, Wesley Snipes and Andy Serkis, Ace Ruele is known for his animated and physically demanding acting abilities. From a young age, Ace was interested in becoming an action actor, but when he discovered motion and performance capture acting whilst working on the film, The Legend of Tarzan, he instantly knew this was exactly what he wanted to do.

Ace has now established his name as a motion and performance capture actor. He is one of the only BAME actors in the UK recognised in this field. His unorthodox creature performances have gained the respect of many who work within the VFX and CGI industry.

A majority of Ace’s work has been in computer video games, including Planets of the Apes VR and The Inpatient and Daymare 1988. Ace also creates performance reference videos, which are used by animators around the world for CGI characters.